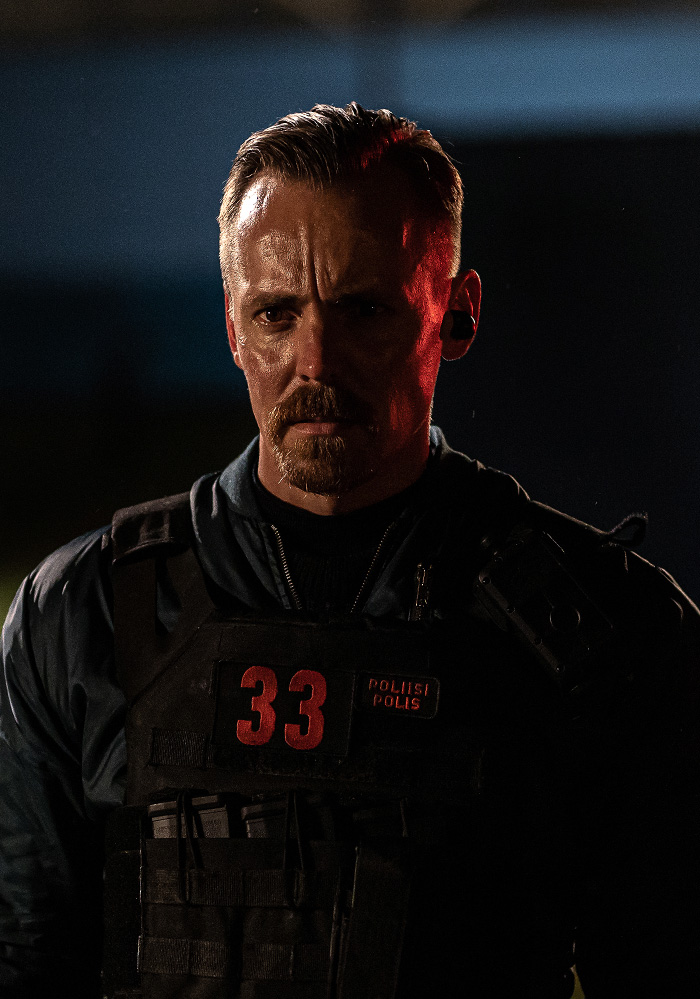 Cinematic is producing a new action thriller series OMERTA starting with a feature film Omerta 6/12 and a TV series for C More based on the bestselling novel 6/12 by the Finnish author Ilkka Remes. The Film and TV series are directed by acclaimed Aku Louhimies.

Finland’s Independence Day celebration on December 6 is crudely interrupted by an attack to the Presidential Palace. OMERTA 6/12 In cinemas November 2021. A set of distinguished guests are taken as hostages. Security service officer Max Tanner (Jasper Pääkkönen) is set as the negotiator of the hostage crisis and soon it is clear that the main target behind the terrorist attack is a plan to destabilize the security of Europe. Tanner must make bold and even painful decisions to figure out who is behind the attack. After all, there are not only human lives to protect – but the future of Europe as a whole.

The lead character in Omerta 6/12 is played by Jasper Pääkkönen (Da 5 Bloods, BlacKkKlansman, Vikings). The other two leading roles are played by Nanna Blondell (The Inner Circle, Black Widow, Red Dot) and Sverrir Gudnason (Falling, Borg vs. McEnroe, The Girl in the Spider’s Web). Omerta 6/12 is based on the bestselling novel “6/12” by llkka Remes. The final script is written by Jari Olavi Rantala based on the screenplay by Antti J. Jokinen and Mika Karttunen.

The film is expected to premiere in cinemas in November 2021. SF Studios will distribute the film in the Nordics and REinvent International Sales will handle worldwide sales.